A basic principle at WIS is that students benefit from being taught in two languages. Fluency in more than one language opens not only greater possibilities of communication but also greater understanding of other cultures. 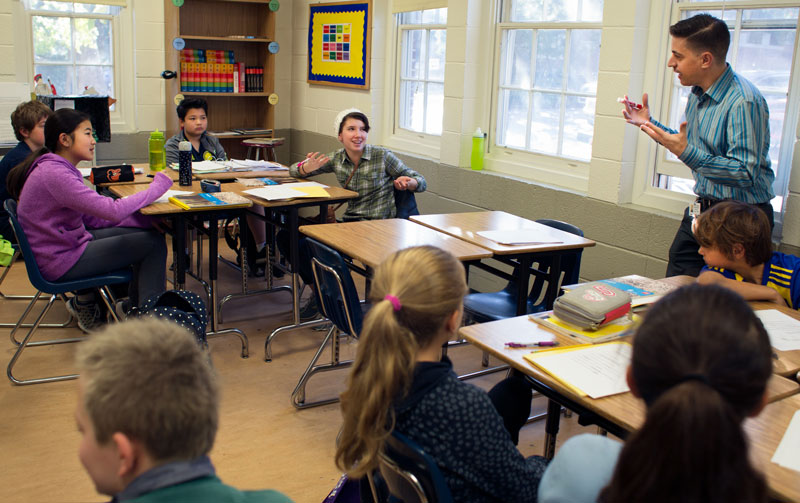 The WIS approach provides differentiated instruction and allows students to learn through language and about language. Students learn to understand, speak, read, and write effectively in both languages.

In Middle School, students with sufficient language proficiency in French and Spanish continue to pursue a dual language program; in addition to a language and literature class, they take humanities (history and geography) in their non-English language. Students moving into Grade 6 also have the option to take Chinese as an elective course. All Upper School students take English and at least one other language. Over half of WIS students earn a bilingual IB Diploma.

Intensive language learning is fundamental to WIS's mission. Language learning promotes a dynamic framework with which to understand other cultures and perspectives. WIS students are expected to attain a confident level of oral and written proficiency in more than one language.

The ability to communicate in more than one language enables one to participate more fully as an international citizen.